Make sure there's not too much heat in the bedroom this Valentines Day! 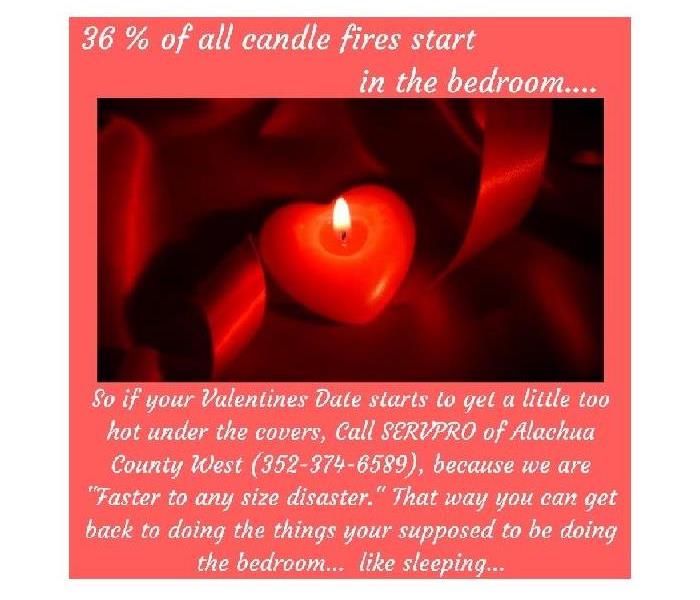 According to the U.S. Fire Administration, there are 15,260 candle fires per year, that is an average of 42 per day. The National Fire Protection Agency (NFPA) reports that candles caused a staggering $438 million in direct property damage from 2006-2010 alone, and you thought those chocolates and a dozen roses were expensive.

Let's face it, there are a lot of flammable items in your bedroom, such as window treatments, bedding, clothing, and carpeting.  Many times people aren't exactly paying attention to their surroundings or forget to extinguish candles.  After all, there's other stuff to do in the bedroom... like sleeping...

Since we here, at SERVPRO of Alachua County West are in love with our Customers and Community, our Valentine's Day card to you are these helpful tips for candle safety for your bedroom.

So remember, as much as SERVPRO of Alachua County West would love to be your Valentine this year, practice candle safety with your sweetheart... and if disaster does happen... call (352) 374-6589 because we are "Faster to any size disaster."